John Carroll is a Fine Artist based in Manchester. After studying Printmaking at Undergraduate level, he completed his post graduate studies at the Royal Academy Schools of Painting in London.

The series of work presented by Elastic Space focuses mainly on the table top drawings. These seemingly arbitrary and disconnected objects form a series of monumental artworks. The mundane is elevated and associations are both made and questioned. Here Carroll has explored the melancholic process of unpacking boxes after the passing of his parents. Objects were unwrapped onto the kitchen table and moments from the artists past are remembered and webs of associations begin to unfold onto the paper.

The table sits directly underneath a central light in the artists home which casts dramatic shadows over the table. Interesting compositions are created, and the work begins with some small study’s in pencil and charcoal. The drawings became larger and more monumental as the intensity of the shadows increases and rich pastels are added with blacks.

This series developed into large-scale drawings for a solo exhibition in North Wales. Carroll pushed the Idea of the objects floating above the table to the point that these became less defined and blurred, they were observed as abstracted and intangible phantoms casting shadows onto the table. The surface of the paper developed to became part of the content, with the artists scraping tearing and rubbing the surface.

The latest development in this series involves moving from black and white to full colour large scale drawings. These were recently exhibited in a solo show in Manchester. In some of the drawings there are images of normal everyday household items such as a vase of flowers, plates of food with knives and forks, toy cars and cardboard boxes. These are juxtaposed with swirling abstract shapes that vaguely suggest a range of different things such as fire, liquid or gas, all through the set is the oval shape of the wooden table.

These works can be read on different levels, there is the familiar and also a flicker of unease across the surface.

We are delighted to represent John Carroll’s work. This portfolio of drawings discusses all that is vital in contemporary drawing. I recommend you view these in the flesh, the scale is superb and gives the artist full license to explore both the subject and the medium. 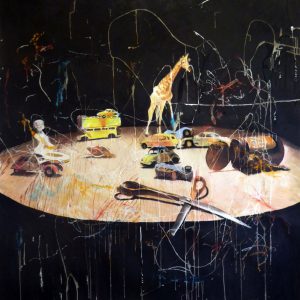 Bit of a Car Crash 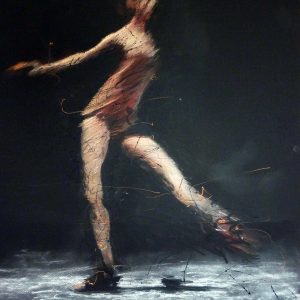 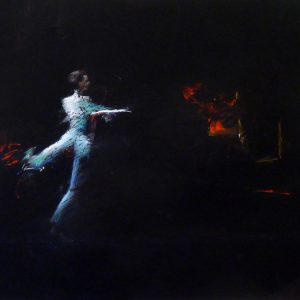 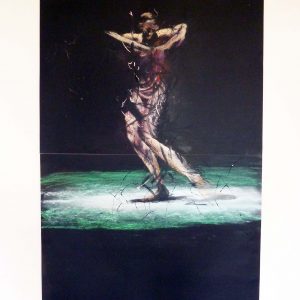 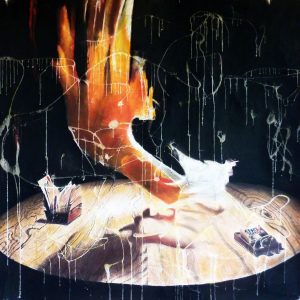 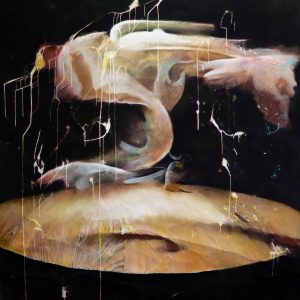 Deciding What to Preserve 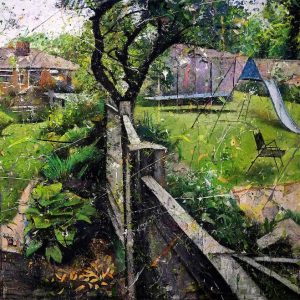 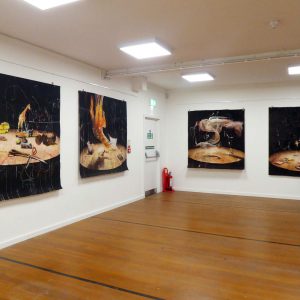 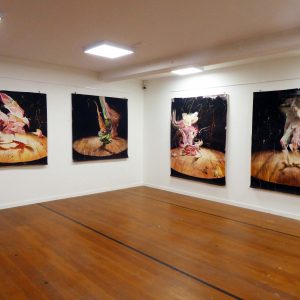 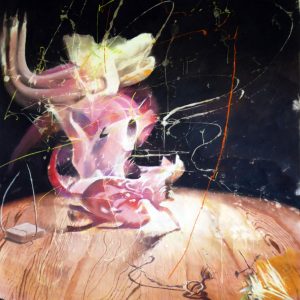 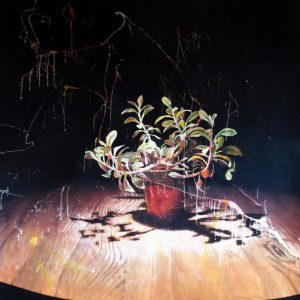 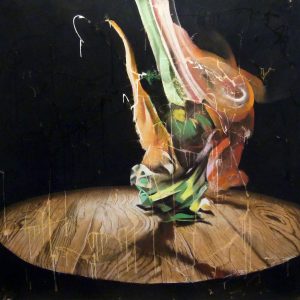 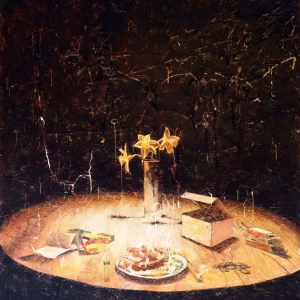 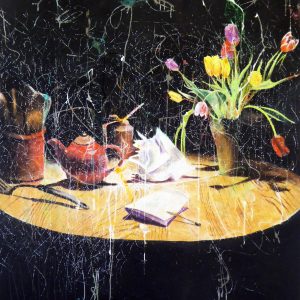 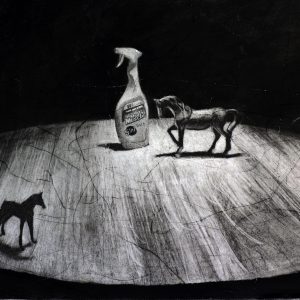 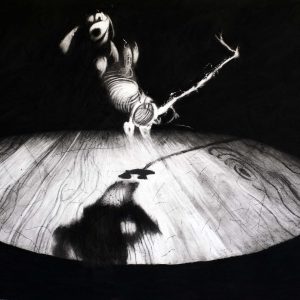 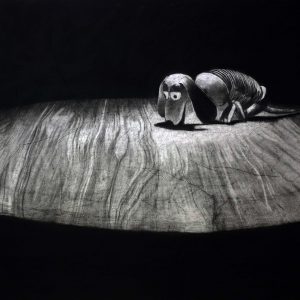 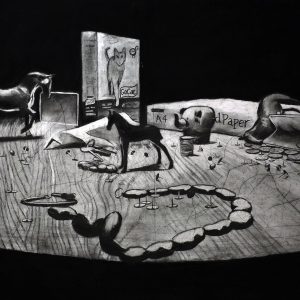 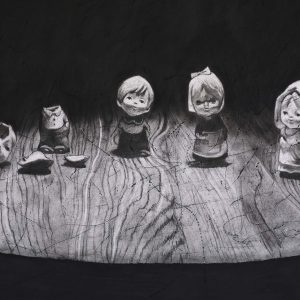 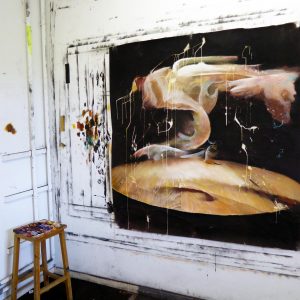